What happens to humans in the future world of work?

To compete in today’s fast-paced economy, organisations need to leverage technologies that enable them to meet customer expectations raised by a completely new set of industry players. But as more and more processes are automated, what happens to humans in the world of work, and how should firms prepare for the future?

Our new report, Recruiting for the future: The challenges of UK SMEs, outlines how organisations can build resourcing strategies in a rapidly changing world. It highlights the risks as well as the opportunities that automation presents, finding that more than one in two CIOs believe digitisation will have the greatest impact on their businesses.

This finding is further endorsed by Protiviti’s Executive Perspectives on Top Risks for 2019 report, which finds the number one challenge that lies ahead is “Existing operations meeting performance expectations, competing against ‘born digital’ firms.”

The fact that this specific risk jumped nine places to the top spot from number 10 in 2018 – and outpaces regulatory, cyber and even information security - shows how important the digitisation agenda is for organisations across the globe, who find their traditional business models being undermined and reshaped by newcomers.

Most predictions now find that automation will displace a high proportion of human tasks, rather than replace people altogether - pointing out that robotics will do administrative work more efficiently and effectively. They further suggest that resulting productivity will not be the only by-product of automation.

Independent research highlighted in our report with UK CFOs found that more efficiencies and increased productivity (56%), employees taking on more value-add work (47%) and improved decision-making (43%) are the positive returns from digital transformation.

Most notably, human skills previously wasted on repetitive manual tasks will be freed up so that attributes such as innovation, creativity, teamwork, empathy and collaboration can play a more important part.

As EY writes, in the workforce of the future: “robots do the what, freeing up humans to focus on the why”. It summarises human skills as strategy and decision making, insights and subjective assessment, advanced analysis and interpretation, and management and optimizing.

But even tasks that would have been viewed as being solely in the human domain even a few years ago are set to be at least semi-automated.

To give just a few examples, consider how customer service is now partly provided by chatbots, lending decisions are made on the basis of rapid analysis of multiple data sources, or goods are selected by robots in warehouses for distribution.

The sheer power of technologies such as cloud, data analytics, machine learning and the internet of things means that automation in the world of work will only accelerate. When asked which jobs are set for automation in the near future, Forbes Technology Council identified insurance underwriting, fast food service and pharmaceutical discovery, amongst many others.

So the future of work automation is likely to be characterised by overlapping phases where organisations gradually apply technology to processes within their businesses and, initially at least, use technology to support human workers rather than replace them altogether.

Our independent research with UK CIOs found plenty of evidence that such projects are already well underway. Just under half of CIOs were working on projects to support digitally enhanced selling, with the same proportion were engaged in delivering enhanced customer services.

How far and wide businesses go with automation strategies will change over time as technology’s capabilities evolve, along with customers’ buy-in and trust as well as competitors’ progress and consequent success.

Changing demographics will no doubt speed up the process, as younger generations increasingly expect to interact with brands via newer channels such as smart speakers, social media or wearables, as well as mobile devices.

Preparing for a digital future

Organisations considering how to prepare for a digital future need to think about how the skills profile of their workforce will need to change across the board, starting with an audit and a comparison with the workforce they believe they will need in the future.

With hard-to-emulate human skills coming to the fore, these considerations will need to include not just technical knowledge and experience but also soft skills including communication, collaboration and co-creation.

As part of the auditing and planning phase, business leaders also need to consider whether they have or need to build, a culture that empowers and rewards team working and an agile approach.

Organisations that implement new technology but fail to address skills and cultural issues may find themselves behind competitors that can – and miss out on attracting the people they need to build a business for the future.

Preparing for automation and the future of work may start with an understanding of how new technologies will add value and spotting skills gaps, but the actions taken after that phase are just as important. They include investing in training for current employees and adopting a flexible approach to recruitment, which includes part-time and interim specialists.

To find out more about how to embrace automation in your business, read our report: Recruiting for the future: The challenges of UK SMEs. 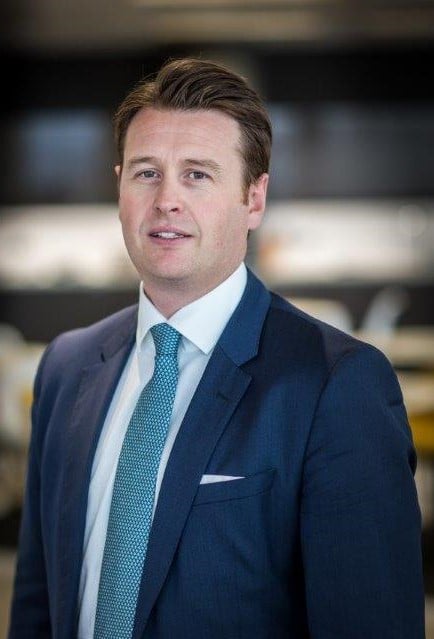 Matt has worked for Robert Half for more than 20 years; he began his career as a recruitment consultant for Robert Half Finance and Accounting in 1999. Matt quickly excelled as a top consultant and earned a number of prestigious awards including being recognised four times as Robert Half’s worldwide number one consultant. With extensive experience in financial recruitment in the UK, Matt is a familiar industry figure and a valuable spokesperson on current trends affecting the market.